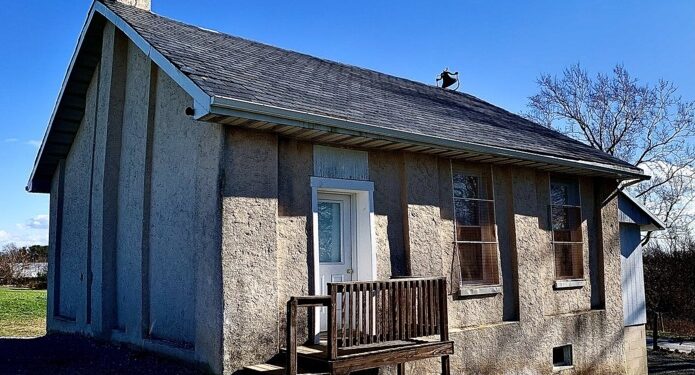 Amish schoolhouse certainly fits the class of social things that have gone back and forth in North America (however for a couple of pockets to a great extent). The Amish are presumably the clearest illustration of a gathering keeping up with the little country school custom. Amish has its own school. Students study together in one classroom called “One Room School” for eight years from grade 1 to grade 8. The school was divided into two classrooms, older and younger. This is the classroom for younger children, and the one below is for older children. It was only separated by a thin wall. There were two teachers, one in the younger class and one in the older class. There are also public schools nearby, as the Amish schoolbuilding area is also home to the average American. If you want to go, you can go to a public school.

So why does Amish dare to create and run an Amish school? As far as I’ve read some literature, there are two main reasons.

In fact, when the Amish immigrated to the United States, it was not uncommon for Americans to have a school like the Amish School. Not only Amish, but other Americans also had a short education in a small one-school school. At that time, society was centered on agricultural work, so eight years was enough to educate children. However, since the 1940s, more and more states have extended the period of compulsory education.

The move is to “educate children for nine years instead of eight.”Behind this move was the aim of improving the unemployment rate due to the Great Depression. Prolonging the compulsory education period for children can prevent the influx of low-wage young people into the labor market and secure employment for middle-aged and older people. This extended the education period, integrated smaller schools, and established the current “public school” style in each state. Amish has been educated for eight years, attending a small school near her home, This is one of the main reasons why Amish started running its own school.

At public schools, you will study subjects such as health, history, and geography that the Amish consider unnecessary. Amish people begin to notice that there is a gap between “education” for Amish, an avid Christian, and “education” for studying in public schools. Perhaps there was a sense of crisis that the Amish would be dyed in “worldly things” that are far away, such as television and movies.

For the above two reasons, some Amish begin to refuse to send their children to public schools.

The conflict over Amish education ends in 1972. The opportunity to end it was a trial called the Yoda case. Three Amish were charged with not sending their children to public school, but the Supreme Court ruled that the Amish won.Also, read it.

In the United States, where “freedom of religion” is guaranteed, the educational policy that comes from the Amish faith was recognized. The Amish school is now run as a matter of course, but it has been a long-standing conflict with the state for the Amish to win its own educational policy. It was very educational because it was written in detail in this book, such as the court case regarding Amish’s educational policy.