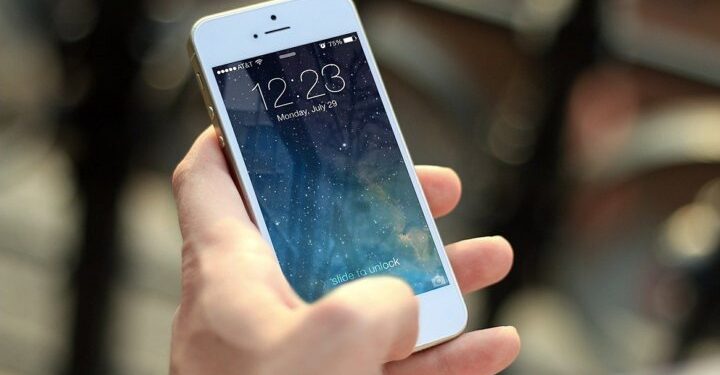 Apple has acquired widespread recognition for deploying high-end security features in iOS devices. By doing this, this tech company helps users to protect their essential data from hackers. Starting from email to message, you can keep everything safe with iOS 14’s security features.

In this iOS version, Apple has aimed security enhancements to minimize the vulnerabilities. Apple restricted the unwanted usage of cameras or locations with the iOS 14 update. You can also decline the Bluetooth access of the third-party applications with ease. Thus, iOS users unleash infinite security options after the release of iOS 14.

However, many users were in a dilemma whether these security features would be in iOS 15 or not. To make it clear, Apple made a few statements during the WWDC event in 2021. Based on that, Apple will continue updating iOS 14’s security features. Earlier in iOS 13, the users faced hindrance while updating the software in their iPhones.

Moreover, some users even experienced battery drainage issues after switching to iOS 13. That’s not all! Millions of iPad owners have come across random system crashes and freezing issues. Interface lags and Wi-Fi connectivity issues were major concerns of iOS 13 users. But, the Apple team has dedicatedly worked on the issues and removed them from the iOS 14.

In the “.0.1” versions, Apple limited the number of people who can access organizational data. So, after updating the device to iOS 11.0.1 or 12.0.1, the users could not open certain office-related files. But, in iOS 14, Apple has removed these restrictions to improve the user’s productivity.

There are a few more new security features that Apple has added in the iOS 14 to prevent data breaches. Are you thinking about what those could be? Then, consider checking the following advanced security features of iOS 14 listed below:

After the iOS 13 update, certain apps require location permissions from the users. But, this can help cybercriminals to track an individual’s location easily. To minimize the risk level, Apple has added a new security feature. But, do you know where you can find this option?

Go to Settings first and then opt for selecting “Privacy and Location Services”. From there, you will get a list of the apps which often use location/camera. Moreover, in this section, the users will be provided with three options to choose from. Make sure to tap on the “never” option to limit access to the app’s location usage.

You can also consider selecting the other two options if you want the app to track your location. Make sure to toggle on the “Precise location” option while using location-based apps.

And, if you want to restrict the camera access, move to the “Privacy” menu. From there, look for the “Photos” option instantly. Check the list of the apps which have photo access. Go for selecting the apps where you don’t want the camera permissions. Don’t forget to choose the “Selected Photos” option right after that. It will prevent the apps from accessing private photo albums. But if you are unable to find this feature, contact an Apple service center expert.

You might have to use a different messaging platform for work-related purposes. Usually, these sorts of apps require access to the user’s contact list. Earlier, in iOS 13, such apps were used to get every contact’s information while searching for one. And, this led to a major security issue for iPhone and iPad users across the globe. Thus, in iOS 14, Apple emphasized resolving such a critical problem from iOS devices.

While using mail or calendar apps, you might need to provide contact details. Simply, consider providing that in the app’s blank field. Apple has included this section so that the app can’t access all the stored contact numbers. Additionally, the users will get an autofill suggestion after writing the contact name.

Didn’t like the autofill suggestion feature? You can also disable that without any hassle. For that, go to “Settings” and opt for tapping on “Contact.” Once you get the “Siri & Seach”, select and then choose “Learn from this App”. Are you unable to find this security feature? Then, you might have downloaded the corrupted version of iOS 14.

Do you want to know which applications are accessing the clipboard’s information? Consider updating the iPhone or iPad’s software to get this facility. In iOS 14, users will get instant notification of the apps which are tracking clipboard data. Moreover, many iPhone users access clipboards for pasting website links or sensitive information. If any third-party apps access such essential data, it can pose a high level of risk.

Apps like Twitter read the clipboard data without the user’s acknowledgment. Additionally, if you use Zillow or TikTok, make sure to remove such apps immediately. Because these apps also take clipboard permission without the user’s prior knowledge. Apple has found these applications problematic, and they might cause security issues. Thus, Apple included this new security feature for keeping the data safe. So, make sure to remove the apps that are trying to access the clipboard data without permission.

Nowadays, it has become impossible to perform essential daily tasks without using Wi-Fi. Starting from sending emails to online files, a stable Wi-Fi connection is required. And, this has paved the way for cybercriminals to get into the iOS user’s device. Through phishing email scams, these hackers are accessing the client’s personal information.

To prevent such cybercrime, Apple has also enhanced the Wi-Fi security in iOS 14. After the software update, go to the “Wi-Fi menu” and look for the “Use Private Address’ option. Don’t know where the Wi-Fi menu is? You will find that in “Settings”, tap on that first and then on the network’s blue Info button. iOS 14’s Security Features.

Moreover, when a user connects their iPhone with Wi-Fi, it generates a MAC address. With continuous monitoring, both internet service providers and hackers can get this address. Once they track the MAC address, it will permit them to monitor your online activities. But, this new iOS 15 feature creates a different MAC address wherever you log in to the device. This makes it difficult for unauthorized users to trace the user’s web-based works.

What are the Other iOS 14’s Security Features that Apple will continue Updating?

On 16th September 2020, Apple first introduced iOS 14 to iPhone and iPad users. In this update, Apple made significant improvements to increase the user’s privacy. And, one of the effective features of the iOS 14 is its App Privacy option. With this security feature, you can check how the apps are accessing the stored device data.

Additionally, you can opt for safe internet browsing with Safari’s “Privacy Report”. You can even see the list of malicious websites that were attempting to access Safari data. Even apps like Facebook used to track the user’s data. Simply head towards the “Privacy” money and tap on “Tracking” to limit this app tracking. And, Apple will continue to update these features even in the coming years. There are expectations of getting new security features in the iOS 14 devices. So, stay updated and keep aside the security issues.

Jaime Garzón-Laughter Stopped after His Assassination