Fire destroys a distribution center linked to Amazon in California 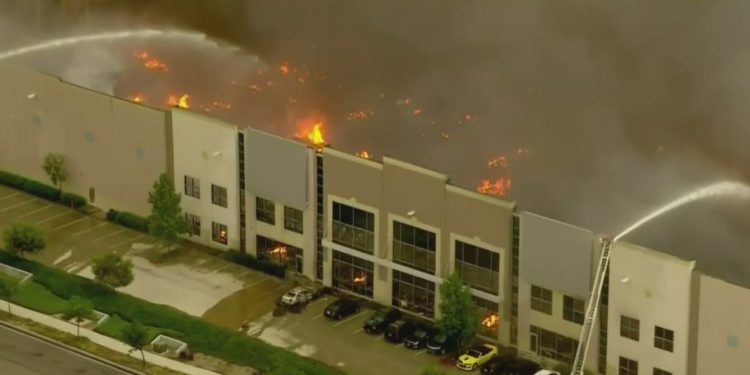 Amazon is one of the best stores in the world, selling online. It has multiples warehouses in different countries of the world. A tragic incident occurred on last Friday to one of its distribution centers. A major three-alarm fire has destroyed a distribution center in Southern California. It is also a regional distribution center. This center was associated with Amazon. The main purpose of this distribution warehouse was to ship items to Amazon customers.

On Friday morning the fire broke out at around 5:30 am. As per authorities, all the employees moved out on time. There were no reported injuries. At that time around 40 employees were working inside. However, they all successfully managed to escape. The fire was controlled by 11:00 am. However, the crew members and firefighters remained at the scene.

Investigations are still going to understand the reason of the three-alarm fire. The investigators are collecting information from distribution center management, and also collecting the videos from inside the building. Those videos will help to understand the cause of the fire.

“All I could hear is my supervisors yelling, ‘Fire,’ and ‘Get out of the building as fast as you can,’” employee Aquila Canteen told CBSLA. “And all I could see was people scattering.”

There were about 40 employees inside when the fire broke out.

“Within 15 minutes the whole back of the building collapsed and exploded,” Canteen said.

Amazon said In a statement to CBSLA, that they are not directly operating this warehouse, instead, a third-party company name as Kuehne and Nagel are operating. They use to help Amazon in shipping large items to this region

“We are glad everyone is safe, and thankful for the efforts of the local firefighters and first responders,” Amazon wrote. “This site was operated by a third party and we will support them throughout this process”.