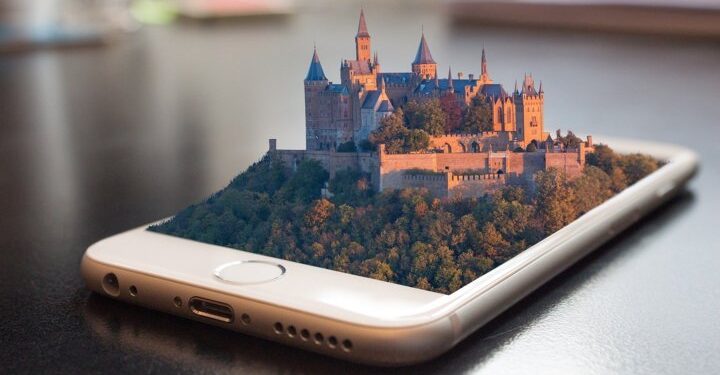 Likee app owned by the Singapore-based BIGO Technology, its parent company is JOYY a Chinese company. Jason Hu is the founder of Likee, he started it through a company primarily separate from YY, Bigo Group. Jason used to work with JOYY before Likee. He founded Likee in 2014 in Singapore. At first, Likee was known as LIKE until mid-2019, after that, it was redesigned and its name was changed.

After a decline in TikTok, Likee is the most popular short video making application in the world after TikTok. Its monthly active users have been increased to over 81 million. Almost 400% increase as compared to the previous year stated by the company in August.

TikTok is facing criticism by the U.S lawmakers, who have almost banned the TikTok in the U.S.

“Likee, the fourth-most downloaded video application in the world, behind Facebook and Instagram, is making its move into the U.S. market. Offering short-form (15-second) videos – recorded and live-streamed – Likee is at the forefront of a revolution in how people consume and interact with content. Driven by its superior video creation suite, advanced Artificial Intelligence-based curation and 4D effects, extensive music library, and over 1000 video effects including beauty and video filters and stickers, Likee has seen explosive growth since its launch in late 2017.”

According to the application Annie ‘Breakout Apps and Games’ listing 2019, Likee is at top of the list. The app has increased the monthly users up to 115 million active users. This increase is much higher as compared to the previous year.

According to a report by Sensor Tower on the worlds application economy, 2019 revealed that Likee is one of the 5 most downloaded apps in the world. As per the current research, Likee has crossed 500 million downloads.

With the hashtag trend Likee has become a platform for brands to get engaged with their audience. Celebrities are getting active to promote their movies and other initiatives. As time is passing people are getting aware of Likee app videos, they are shifting on it. There issues between China and the USA overusing TikTok app in the USA, so it’s the best alternative to short video making apps. In the past few years, it has gained popularity and its users are increasing rapidly. Nowadays due to the effect of COVID19 people are getting frustrated at home, this app treats them with entertaining stuffs that convert their frustration into enjoyment.

This Singapore-based app is notable for the wide range of special effects it offers users, from filters to stickers to other fun features. It is available for both Android and IOS operating systems. The only limit on what you can create is your imagination! Likee is the friendliest choice for TikTok users because of its great music and dance videos. Easy video sharing makes it simple to share your creations with friends and build a following.

By using Likee you have multiple options for your Likee videos and photos. You can use such options and introduce your talent to the world without facing any limitations. With a few clicks you can put makeup on and also there are many adjustments available, which help users to fix the shape and size of your eyes, ears and etc. There are some features like myriad effect these are just incredible and it beats the competitor like TikTok and Instagram. Its design is somehow different but its feel is almost the same as them.

All these filters let you edit your videos and also some stylish stickers, superpower, and 4D magic tools are available, that put your videos to the next level. Likee gives a lot more options while using it on mobiles like HD video and 4D effects. It also provides an infrastructure with an element of a new homepage vertical video label. By using this feature people watching on Likee will be eased out in terms of watching a specific category they like more. The 4D magic elements offer users movie-style graphics on their Likee clips.

It’s not just an app; it’s also a community where you can connect with like-minded people and enjoy content on every subject imaginable, from sports to beauty to comedy and more.

Try before Signing up:

One of the best options that Likee offers, users do not need to sign up for using this application. Other apps get you to the signup page directly when you open them, but in like you can use the start video streaming directly. If you want to post a video, like or follow a user then you need to get a login.

This app allows users to get sign up with mobile number, google accounts, or social media accounts. There is also another option that allows you to create an account without linking it to another phone number or account. But to earn rewards and use wallets must need to link with one account.

Same like TikTok, Likee also offers users to run a campaign on platforms that provide rewards. It is one of the best parts that allow users to earn money via the platform. Here is an example of a campaign on the platform like #KillTheChill.

At the same time when we are entertaining ourselves, we can also earn through it. It’s so simple and easy to use. You can create and save videos and pictures on your device, or you can share it on platforms like other apps. This app can also be used for simply edit videos and pictures. Likee is compatible with both IOS and Android operating systems.

We all know how difficult is this to earn in time of COVID19 when we cannot go out for earning. This app allows us to show your creativity and talent on platforms to earn through it. It also makes you famous as a social media celebrity. Likee is so simple to use and you do not need to learn it from anyone you can simply learn it by your self. To get more information about such apps, visit here.

5 Benefits of Business Phone for Small Businesses in 2020

How to support your employees for mental health concern?