Rage Room Near Me: Is this Destruction Therapy Helpful for Anger Relief? 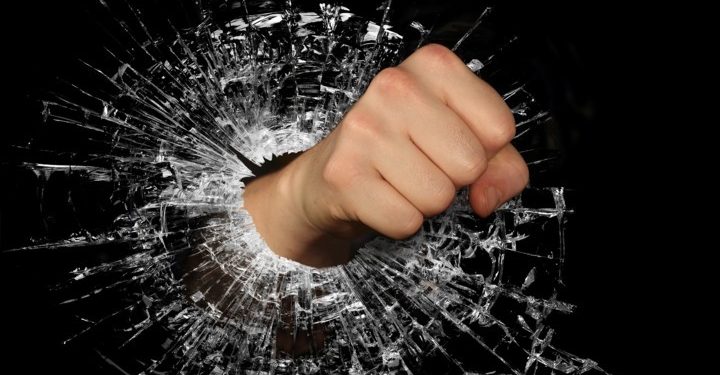 Have you ever felt so angry that your heart starts pounding? Your face turns red and you just want to break something badly. It is possible now with the presence of the Rage Room. Anyone can find easily, places to break things near me. Almost all over the world, such places are available. It is also called a rage cage, anyone can search rage cage near me. Read below how such activities work as anti-depression.

Rage rooms which are also known as anger rooms or smash rooms can be a solution for those dealing with stress and anxiety. These room facilities allow you to destroy any furniture, computers, or other electronics against a price.

The concept of the Rage rooms started in 2013 from Spain. Later on, it moved to the United States. Several states in the US including New York, Texas, California, and Los Angles are offering this facility as a destruction therapy. They are offering this facility as a technique to deal with stress and anxiety issues. This facility has gained popularity over a few years and more and more rage rooms are getting open in the US. This is why we would need to discuss whether this therapy is right for you or not.

What is Destruction Therapy and How it Works?

Destruction Therapy is also known as “DestructoTherpy.” Under this therapy, you go into a room with all safety measures and precautions to destroy different items under the supervision of some experts. You protect yourself with some safety gear such as a helmet and glasses etc. then you can choose a weapon of your choice to hit things. The weapons include a bat, sledgehammer, and golf club. Once you are ready with your safety and gears, you can start hitting objects to let all your frustration get out. Normally, smash rooms limit the time such as 10 minutes. Moreover, you can also choose any music to play in the background. As you start hitting the object, you will feel the burden lifted off your shoulders, and then you will feel relaxed.

Is Expressing Anger a Good Thing to Do?

There is no second opinion that expressing your anger is healthy. The problem is that we just don’t know how to deal with our anger appropriately. A clinical psychologist Scott Bea, PsyD  says;

According to Better Health, a long term uncontrolled anger results in several physical issues such as high BP, anxiety, and headache. Moreover, the anger that you don’t let get out not only affects you but others as well. Expressing anger constructively turns it into a positive thing. One should adopt different strategies to release stress such as regular exercise.

What can you Break into an Anger Room?

Anger rooms offer a wide variety of things to break. One can destroy electronics such as computers, desktop, mouse, keyboards, printers, and fax machines. You can also choose kitchen items such as glass, plates, bowls, cups, dishes, and bottles. In a short rage, rooms offer any type of thing you can think of destroying. Some of these facilities also offer car smashing. While some of them allow you to bring anything from your home to destroy in their room. They call it Bring Your Own Box (BYOB). That’s a different kind of waste management.

You can bring any type of waste item or trash from your home to the Anger rooms. That does not only remove waste from home but also a fun activity to do. You don’t have to clean up that mess. The Anger rooms facilities now become a sort of waste management. They sort the remaining afterward and recycle them to promote an Eco-friendly environment.

Is There any Danger in Anger Rooms?

Yes, the anger room has some benefits but they may pose danger to some people. People who have some serious anxiety problems and had been destructive in past could be good customers of the anger room. However, the problem is, smash room most likely would only reinforce the negative ways of coping with anger and stress.  These rooms could temporarily lessen the stress but cannot help to identify and address the cause of stress.

Who Should not Avail the Facility of Rage Cages?

There are different types of anger management. Destruction therapy is one of them but every system works differently for everyone. Therefore, the following people should not participate in an anger room activity.

As per Psychologist Scott Bea, PsyD:

One doesn’t need to stay away from Rage cages. He says “I think it’s fine if you want to go have fun with it, but I don’t think it’s particularly therapeutic,”

That’s fine if you want to have some fun but if you are dealing with a severe form of depression and anxiety then you should look for a therapist, not a smash room. A therapist could help you more in dealing with your emotions and controlling your stress in long run.

For more articles related to the latest technology and health, like MIS Webmail or any other visit here.

DOCA-What are the Qualities of a Good bag?

What is the reality Behind Soul Ties in Our Society?

What is the reality Behind Soul Ties in Our Society?

Reasons To Hire Professional House Painters For Your Home